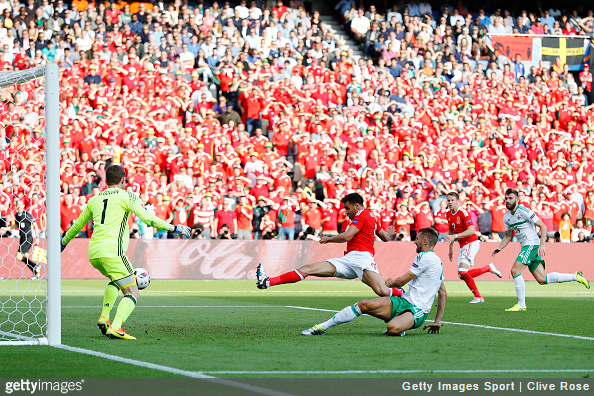 As you may have noticed, the official BBC Wales Twitter account have been diligently keeping a running gag going for the duration of Euro 2016 so far.

Starting with BBC Bale, the account profile has been changed to display the name of the last player to score for Wales.

Unfortunately, following Wales’ narrow 1-0 win over Northern Ireland in the last 16 this afternoon, BBC Wales were forced to change their name again accordingly or risk losing all semblance of their journalistic integrity. 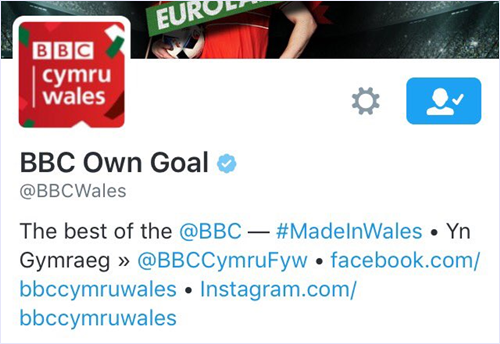 At least they stuck to their guns, eh?

Well, they did for a few minutes anyway, until the name was changed once again in a bid to spare McAuley’s blushes… 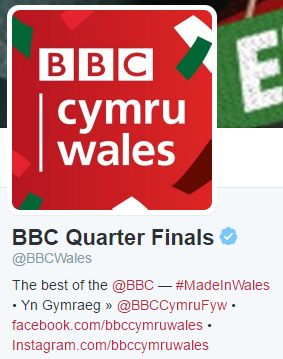 Finished chaps? Things are starting to get a bit confusing.