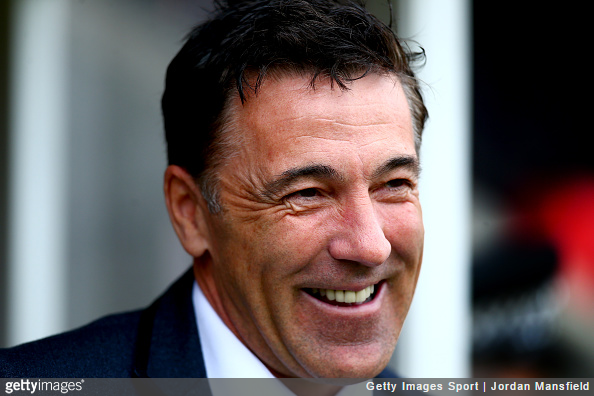 A crowdfunding drive has been launched to help Dean Saunders pay off a parking ticket that is increasing by £100 a day while Wales remain involved at Euro 2016.

So convinced was Saunders that Wales would exit the tournament at the group stage that he parked his car in the short-stay car park at Birmingham Airport before flying out to France to join the BBC Sport punditry team.

Wales, as you may have noticed, have done rather better than expected, with a quarter-final against Belgium coming up on Friday.

Speaking to BBC Radio Five Live, Saunders informed all and sundry of his plight:

I tell you how confident I was with Wales. I parked in the short-stay car park at Birmingham Airport two weeks ago.

I took a little suitcase that fitted onto the plane so I’ve run out of clothes and now I’m going to have a £1,000 bill when I get back to Birmingham because they charge you a fortune.

But I’m just happy to be here.

And lo, the great Dean Saunders Parking Fine JustGiving campaign was set up by Richard Jackson, who just so happens to be the brother-in-law of Wales manager Chris Coleman.

According to the Daily Post, Jackson admitted that the fundraising page began as “a bit of fun” before confirming that if the BBC agree to cover Saunders’ parking fees, all the money raised will be donated directly to charity – namely the Welsh FA’s grassroots football initiative.

Things aren’t exactly cooking at the moment, but we suppose £29 is better than a poke in the eye with a sharp stick.