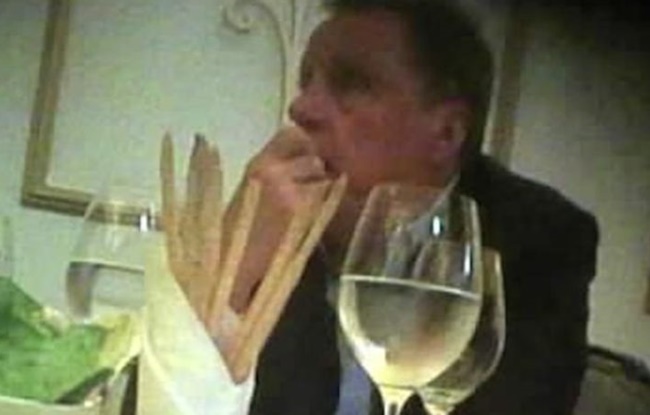 Coming as a surprise to quite literally nobody, Harry Redknapp has found himself caught up in the Telegraph’s undercover ‘bung sting’ that wound up costing Sam Allardyce the England job last week.

It was all a little underwhelming but Redknapp’s name bubbled to the surface when the Telegraph released footage of the ex-Portsmouth manager revealing that some of his players had gambled on the results of one of their matches.

Far too savvy to freely admit wrongdoing, Redknapp has since described the undercover reporters as “scumbags” – not only for attempting to trap him during dinner, but also for leaving him to foot the bill.

It’s a nonsense. If that’s the best they could get out of three hours of sitting with me and trying to stitch me up, it’s sad.

The worst part is that when the bill came up, the other four scumbags got up and left me with the bill.

The 69-year-old also made sure to clarify that his comments regarding his player’s betting were fibs too:

They (the players) never had a bet anyway. No-one had a bet. Impossible.

Anyone who’s watching this who understands betting odds knows that a team on the top playing a team that’s relegated, it’s not a betting proposition.

You can’t bet on that. It’s ridiculous.