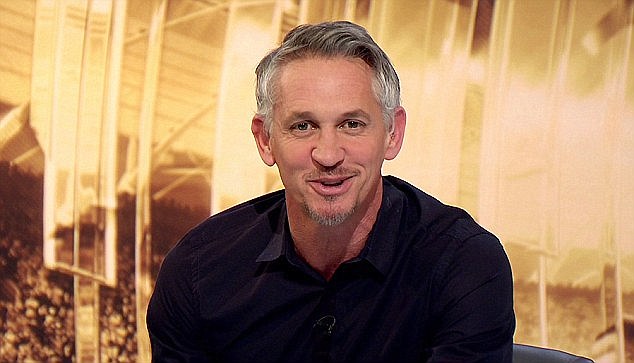 The Sun have gone and made Gary Lineker the focus of their opprobrium this morning after the Match of the Day host had the temerity to show the slightest whiff of compassion for the people caught up in the current refugee crisis.

Earlier in the week, Lineker made the grievous error of emitting a Tweet that expressed his concern over the nature of the language and rhetoric being used to describe immigrants and refugees – particularly the unaccompanied children in the ‘Jungle’ camp in Calais.

The treatment by some towards these young refugees is hideously racist and utterly heartless. What’s happening to our country?

The Tweet led to Lineker getting himself embroiled in a tit-for-tat squabble with the right-wing politico arm of social media, who accused him of, among other things, being a typical well-off liberal hypocrite.

Stage two of the squabble then came about when Conservative MP David Davies suggested that dental checks should be used to verify the ages of the child refugees attempting to make it to Britain – the suspicion being that many aren’t quite as young as they claim to be.

Indeed, The Sun then used “facial recognition software” to rumble a 38-year-old man who had been presented in photographs as a ‘child’ asylum seeker in Calais.

Lineker responded by sharing a (now deleted) Tweet from fostering and adoption charity TACT, who claimed that the man was actually an adult interpreter employed by The Home Office.

Alas, the Home Office subsequently confirmed that the refugee in question had nothing to do with them, leading The Sun to cobble together the following front page today, calling for Lineker to be sacked by the BBC for “peddling lies”… 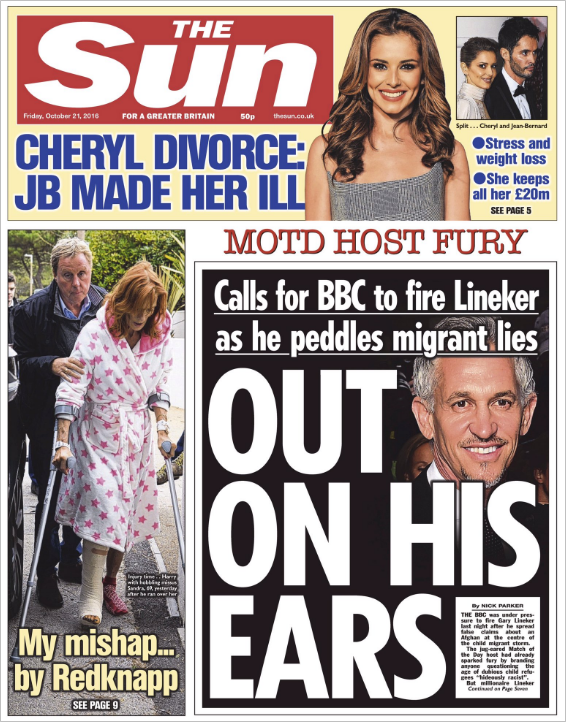 Specifically, The Sun are howling for “leftie luvvie” Lineker to be sacked for breaching BBC guidelines on political impartiality.

That’s right. The Sun have worked themselves up into a lather about somebody telling porky pies. Just let that sink in for a moment.

They even managed to milk a quote out of his old friend David Davies, who said:

I hope he apologises. I question if the BBC should be employing him when he seems to be using his fame to push out his rather emotive and controversial views.

The fact that Lineker works for the Beeb on a freelance basis and used his personal Twitter account to express his views should probably just about keep his arse out of the fire.

Knowing full well that he’d done nothing wrong, the ex-striker responded about as calmly and curtly as you’d expect.

Getting a bit of a spanking today, but things could be worse: Imagine, just for a second, being a refugee having to flee from your home.

Funnily enough, today is the very day that high-profile Sun journalist Mazher ‘The Fake Sheikh’ Mahmood is set to be sentenced for tampering with trial evidence.

You’d never have guessed, would you?