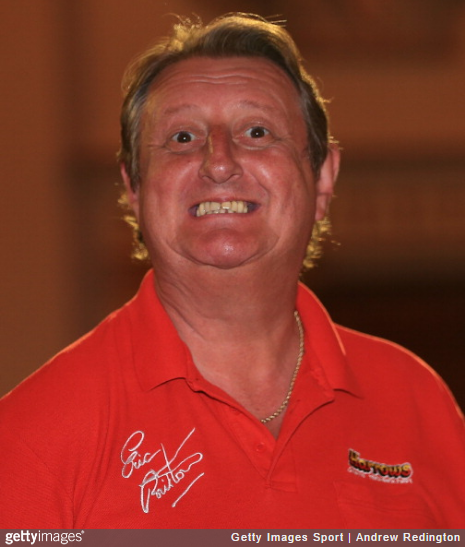 Sky Sports have dropped Eric Bristow after the former darts champion made some depressingly boorish comments about the footballers involved in the ongoing child sex abuse scandal.

Bristow took to Twitter on Monday to share his thoughts on the matter, asking why the “wimpy” footballers in question didn’t merely man up and “sort out the poofs” responsible for the monstrous abuse they were exposed to as children.

After all, that’s what a real man like Bristow would do. 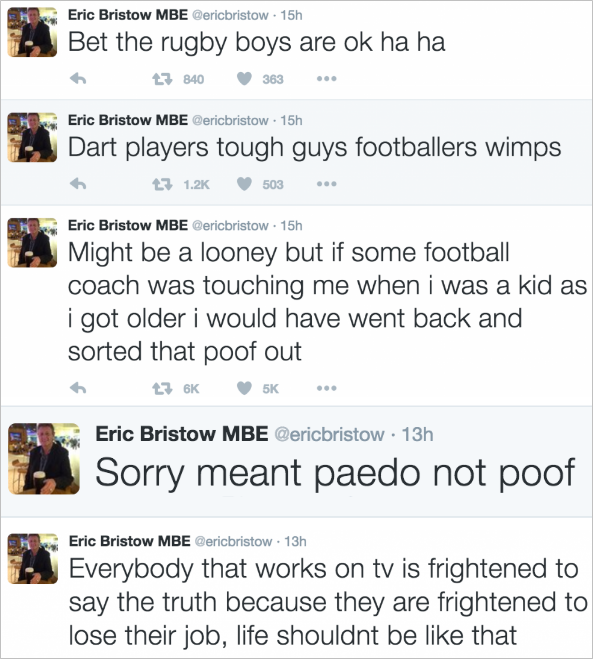 Christ, he’s like something out of a Viz comic. It’s exactly that kind of attitude that can stop victims from speaking up.

Steve Walters, one of the 20 ex-pros to have summoned up the courage to make allegations, branded Bristow’s remarks ‘disgusting’…

Ironically, Bristow’s fearless pontificating has immediately lost him his job on television, with Sky Sports today confirming that they have severed their ties with the 59-year-old ahead of their winter coverage of the PDC World Championships.

“He was a contributor to our darts coverage in the past but we will not be using him in the future,” said a company spokesman.

Still, Eric’s a tough, darts-playing ruddy bloody bloke. We’re sure he’ll be able to get through this.