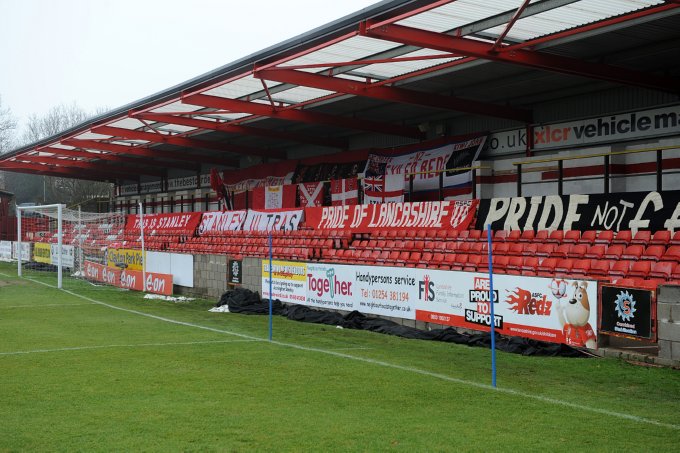 Accrington Stanley chairman Andy Holt has become tangled up in a quarrel with the Premier League after criticising the sheer amount of money being sloshed around up in the top flight.

His main bone of contention was that, as the upper echelon continues to get ever more “obscenely” rich, the Football League is akin to a “starving peasant begging for scraps” off their table.

Hang you’re heads in shame .@premierleague your largesse should be the focus of fans fury. You’re destroying game, not ‘rogue’ owners.

The .@EFL is like a starving peasant begging for scraps off your table @premierleague Owners might ruin clubs, you’re destroying game.

The cash paid to this agent is almost double the funding for the all .@EFL @SkyBetLeagueTwo clubs put together. WAKE UP @premierleague pic.twitter.com/i0DU3XwQPs

Holt sought to put the mind-boggling Pogba numbers into stark contrast, revealing that Accrington are run on a yearly operating budget of less than £2.2million, on which the League Two side make an average annual loss of around £500,000.

The Premier League then responded later that same day, with a spokesman for the league board issuing the following statement (via Guardian):

The Premier League supports all clubs in the EFL with solidarity payments and provides significant funding for their community projects and youth development schemes – all things that Accrington Stanley benefits from.

It is only because of the interest in our competition and in Premier League clubs that we can support Accrington, the wider football pyramid, and communities and schools across the country.

We will be writing to Mr Holt to ask him if he wishes for the Premier League to continue the support we currently provide for his and other clubs in the EFL.

In short, ‘pipe down or we’ll cut off your allowance.’

For the record, Accrington (as well as every other club in League Two) will receive around £430,000-450,000 from the Premier League coffers this season as a drip-down from the top flight’s massive new television broadcast deal.

This didn’t discourage Holt, who once again hit back at the Premier League for opting to make thinly-veiled threats against his club, rather than against him personally.

SPEAKING PERSONALLY.@premierleague to threaten funding to @ASFCofficial + 71 other @EFL clubs is breathtaking. You are out of touch. pic.twitter.com/6QC9nfYsq5

He then issued a counter-statement of his own, in which he branded the Premier League’s caution about withholding payments “a threat too far” before stating they could “please themselves with their funds” for all he cares…

Speaking personally .@premierleague I now understand @EFL predicament in trying to negotiate and have constructive discussions with you. pic.twitter.com/CZ5D88Irji

Holt then followed up by reiterating his standpoint, once again calling out the Premier League for their “obscene” spending and once again making sure to reinforce the fact that he was SPEAKING PERSONALLY…

Speaking personally .@premierleague send your letters to me not @ASFCofficial if you think you need confirmation of my opinion in writing.

1. Speaking personally .@premierleague £41.39m to an agent for 1 player in your league is obscene whist bottom of pyramid is struggling.

.@premierleague 2. Make whatever threats you like, it is and will still be my opinion. Take whatever action you see fit, over and out.

And that’s the state of play at time of writing. Whether the Premier League actually intend on carrying through with their grandstanding remains to be seen.

Regardless, what Holt has succeeded in doing is laying bare the disparity between the gilt-edged promised land and the garden of bones that lies just beneath it.

Good on him for having the mettle to speak out.