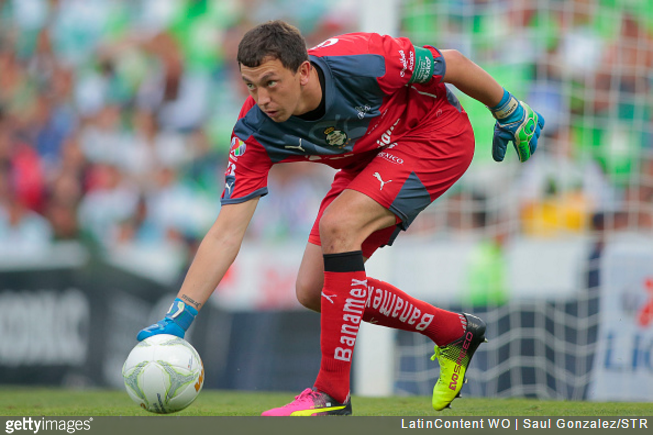 Club Laguna Santos goalkeeper Agustin Marchesin really earned his crust on Sunday evening by putting in a stout double shift in his side’s 0-0 draw against Puebla in the Mexican top flight.

Marchesin suffered a potentially game-ending injury in the latter stages of the encounter after an awkward clash with an opposing forward left him nursing a couple of sprained fingers.

Alas, Santos had made all three of their permitted substitutions at the time so, rather than leaving his buddies to struggle on with 10 men on the pitch, Marchesin promptly got himself bandaged up and re-entered the fray… as a centre forward, i.e, ‘doing a Jorge Campos‘ as it’s known in the trade. 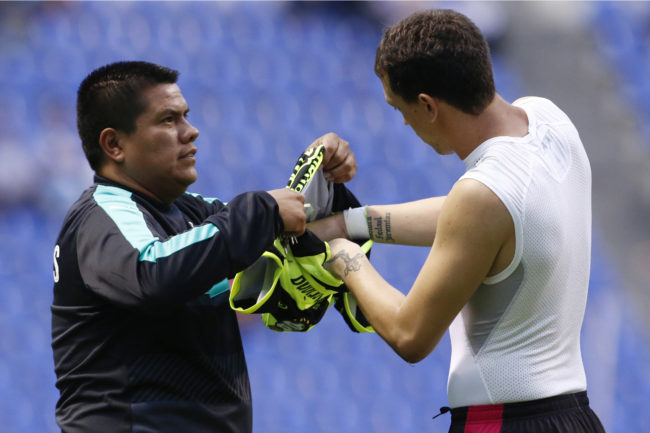 The injured Argentinian ‘keeper swapped positions with full-back Kristian Alvarez, who agreed to don the gloves and go in goal for the last few minutes of the game.

Having been patched up by the Santos medical team, Marchesin then came storming back on as an outfield player and began to put himself about a bit.

Why, after working an opening with a run down the channel, Marchesin even threw a proper striker’s tantrum when one of his teammates bypassed him entirely only to send a terrible shot hurtling over the crossbar…

If that textbook little wobbly is anything to go by, the big guy’s definitely got a bright future up top.