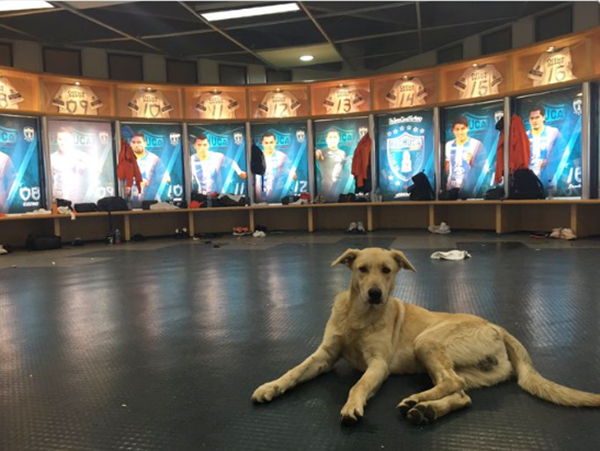 Club Pachuca have confirmed that the stray dog that interrupted their recent Liga MX game with Chiapas has found a new home.

The canine interloper came bounding out onto the pitch in the second half of the match, bringing play to a stop for several minutes before being led away by stewards.

In an exchange with Mexican dog rescue website Echame El Perro, the club confirmed that the dog was already well-known to people living near the stadium and that a local woman has since offered to adopt him… 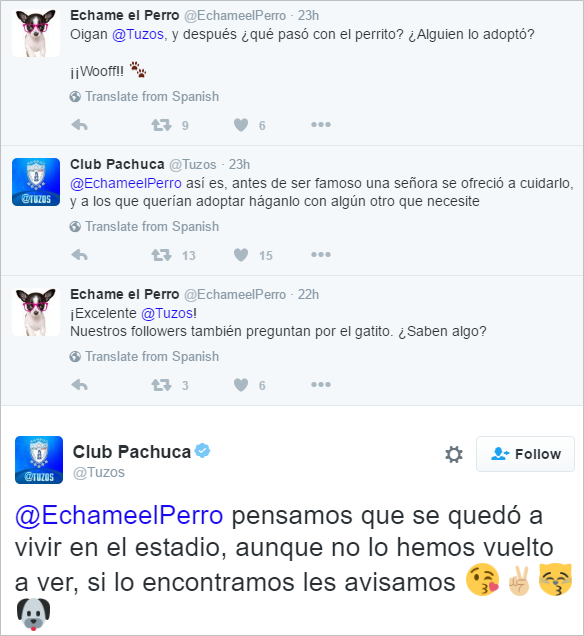 Of course, the aforementioned game also featured a separate pitch invasion from a cat, who brought proceedings to a halt in the final few minutes by taking up a position near one of the corner flags.

Echame El Perro also inquired as to the well-being of the fearless feline. In reply, Pachuca admitted that while they weren’t absolutely certain, they think the cat is still safe and sound and living somewhere inside their ground.

They also promised to inform the website if the moggy turned up again at any point.