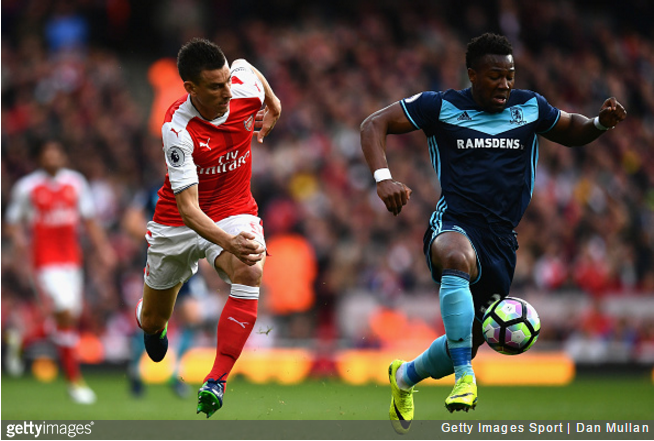 As you may be aware, Adama Traore caused a minor ripple in the waters over the weekend when the Middlesbrough winger was adjudged to have broken the record for the fastest sprint ever recorded in the Premier League.

Indeed, thanks to a few premature Tweets, it wasn’t long before everybody was hailing our new king of velocity – the fastest man in Premier League history.

However, Boro have today moved to set the record straight. Citing their Opta telemetry from the game, the club have confirmed that Traore didn’t actually break the record at all – in fact, he didn’t even come close.

The 20-year-old’s fastest sprint was clocked at 34.84km/h, thus putting him joint-ninth on the overall list for this season alone.

In fairness to Traore, he has clocked Boro’s three fastest sprints so far this campaign, coming in separate games against Arsenal, Tottenham and Watford.

So at least that’s something, eh?