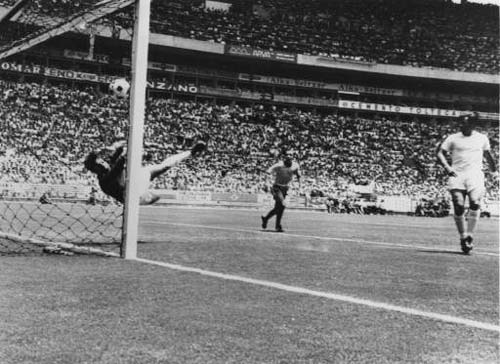 Was Gordon Banks’s save against Pele really the greatest of all time? [Guardian]

In. Your. Face. [Dirty Tackle]

Cheryl Cole is ubiquitous. Check out her new calendar, which sadly features no nudity… [Kickette]

Man City are too good for Robinho. Funny, I’m sure he thinks it’s the other way around. [Mirror]

Ever scored an overhead kick own goal? Me neither. [Asylum]

Remember the drunken Danish fan who attacked the ref during his team’s Euro 2008 qualifier against Sweden? He’s just been hit with a compensation bill in excess of £100,000. Scando justice. [BBC]