Today’s transfer rumour round up is a bumper crop indeed. First off the bat is the news that Chelsea are tracking this man… 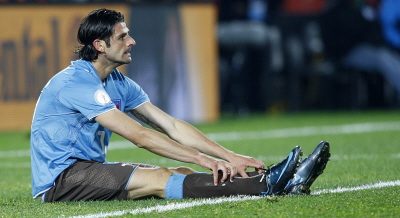 Rumour No.1: Chelsea are keeping tabs on crocked Juventus striker Vincenzo Iaquinta. The Italian forward is currently sidelined at the Stadio Olimpico due to a serious knee injury but that hasn’t put off Carlo Ancelotti from monitoring his recuperation throughout January with a view to making a move at the end of the month. Iaquinta is tall, strong and pacey and would probably fit the bill quite nicely at Chelsea but he is also, however, the wrong side of 30 and suffers from a recurring knee injury. So what could possibly go wrong there? 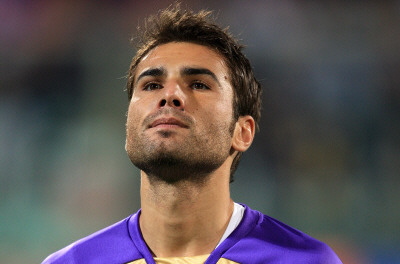 I wonder if it’s still snowing in London?

Rumour No.2: West Ham are to offer a sensational return to the Premier League for ex-Chelsea forward Adrian Mutu. The Romanian’s form in Serie A has caught the eye of Hammers’ sporting director Gianluca Nani and it is believed that the relatively higher wage levels in England would tempt Mutu to make a temporary switch in an attempt to wipe off a significant chunk of the £14 million compensation he owes Chelsea for breaching his contract with the club.

The Best of the Rest: Roque Santa Cruz‘s agent has rubbished claims that the Man City striker is to leave through the revolving door at Eastlands and join Espanyol on loan until the end of the season.

Everton may move for Blackburn’s Benni McCarthy during the transfer window. Everton manager David Moyes is keen to add to his front ranks after the suspension of Brazilian striker Jo and a cut-price deal for the South African penalty specialist may fit the bill.

Manchester United have been told that Marseille ‘wonder winger’ Hatem Ben-Arfa is not available for a penny less than £40 million. Slight wishful thinking on the French club’s part there, methinks.

Arsenal will sell Cesc Fabregas to Real Madrid but only if they get Gonzalo Higuain in return. Arsene Wenger is also said to be interested in aquiring CFR Cluj’s Ivory Coast striker Lacine Traore who is being referred to as ‘The New Adebayor’ – what an omen that could prove to be for the Gunners.