Slim pickings for the rumour round-up this morning. Quantity isn’t the issue here, but quality most definitely is… 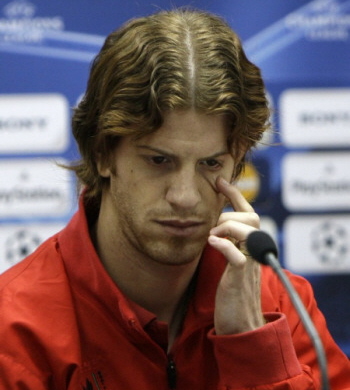 Rumour No.1: Manchester City are on the verge of securing the services of Rubin Kazan’s versatile full-back Cristian Ansaldi. Roberto Mancini is reportedly ready to make the Argentine defender the second signing (after Patrick Vieira) of his reign at the City helm. The 23 year old is expected to put pen to paper during the next few days for a fee up around the £4 million mark and would provide competition for the veteran Sylvinho who is currently the only fit left-back at Eastlands. 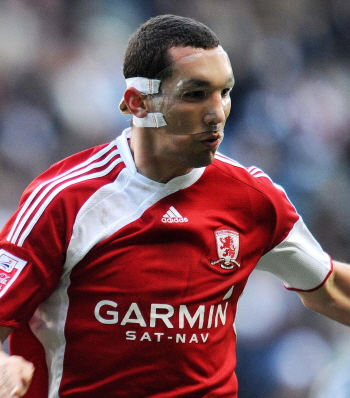 Who was that masked man?

Rumour No. 2: Middlesbrough boss Gordon Strachan has rebuffed claims today that Emmanuel Pogatetz is on the brink of joining Greek side Panathinaikos in a £1.3 million switch. The tough defender is a fan favourite at ‘Boro and, understandably, Strachan is unwilling to let his captain leave for such a nominal fee as finding an adequate replacement for that amount will prove tricky.

The Best of the Rest: Stoke have failed to heed the warning signs and are planning a £1 million swoop for Egyptian scheister Amr Zaki. The Zamalek striker enjoyed a successful start to his time at Wigan before disciplinary problems led to him being ushered out of the back door at the DW Stadium.

It is my understanding that any stories linking Liverpool with actual sums of actual cash can instantly be rendered obsolete but apparently they are to take Reading’s promising goalkeeper Adam Federici off their hands for £2 million to provide cover for Pepe Reina.

Bolton are to offload expensive flop Johan Elmander to Marseille before the end of January and hope to reclaim a fair bit of the £11 million they paid Toulouse for the Swedish ‘striker’.

Middlesbrough midfielder Didier Digard is finalising a six-month loan move to French club Lille today that will include an option to buy the player outright at the end of the deal.

Felipe Caciedo is to join struggling La Liga outfit Malaga today on loan until the end of the season. The cumbersome striker is seemingly surplus to requirements at City after spending the first half of the season on loan at Sporting Lisbon.

Birmingham have eventually signed Sporting Gijon midfielder Michel (subject to passing a medical) at the second time of asking for a fee believed to be in the region of £3 million. The Spaniard was originally set to join the Blues in the summer but the move eventually fell through.

Brum boss Alex McLeish is also set to decide whether former Derby County man Giles Barnes has a future at the West Midlands club after being on trial there for a week or two.

Caleb Folan and Daniel Cousin have been told they can leave Hull City. Phil Brown is under orders to slash £9 million from The Tigers’ wage bill and the two strikers look to be amongst the first to be let go, with QPR are willing to take Folan on loan with a view to a permanent move in the summer.