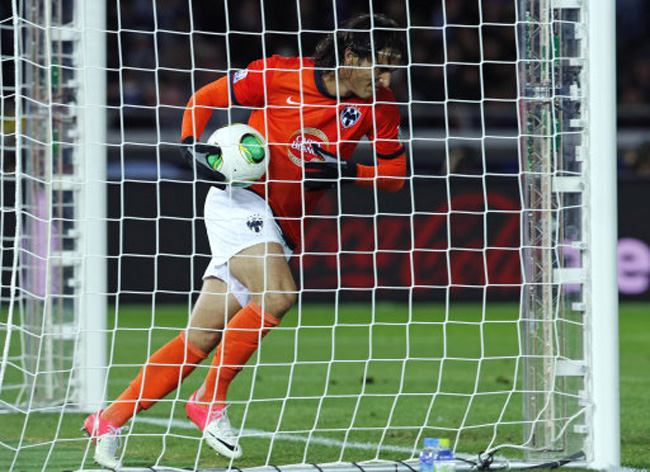 During the World Club Cup, FIFA are trialling two goal-line technology systems,  GoalRef and Hawk-Eye in an attempt to find the best solution to an issue which has plagued the game in recent years.

For the game between Chelsea and Monterrey on Thursday, GoalRef was used, with the ball carrying a computer chip and the goal-frame, as you can see from the picture, surrounded by a magnetic field, with the equipment looking rather clunky.

When the ball crosses the line, the ref will get this in his special watch… 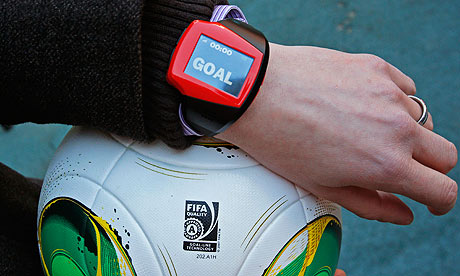