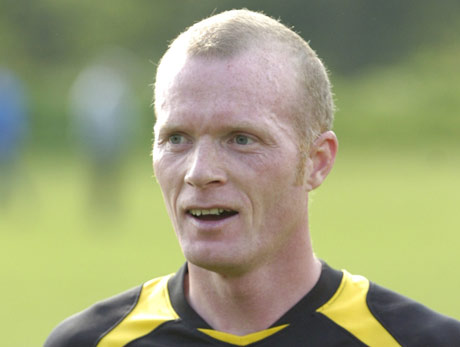 A Scottish footballer has set a new world record by managing the unbelievable feat of being sent of six times in one game – narrowly beating the previous record of five!

Paul Cooper of Hawick United, who currently play in the Borders Amateur League,  received his (multiple) marching orders in a feisty game against rivals Pencaitland in November.

After picking up a second yellow card for dissent during the closing stages of the game, Cooper continued his ‘debate’ with the referee – whilst clocking up a further five dismissals – until being forcibly removed from the pitch by his own manager!

Today the Scottish Amateur Football Association have issued the striker with a two year ban and the veteran forward has admitted that the hefty suspension will force him to call time on his playing career;

“Unfortunately, I’ve been in bother before with bans and I expected six months. But I was stunned when I got two years. I think that will be my days as a player over. I’m 39 and I felt I could play on for a couple of years but those years have gone now. I’m absolutely gutted because I love my football.”

All hail Paul Cooper! The man that stood up for his rights and failed miserably!