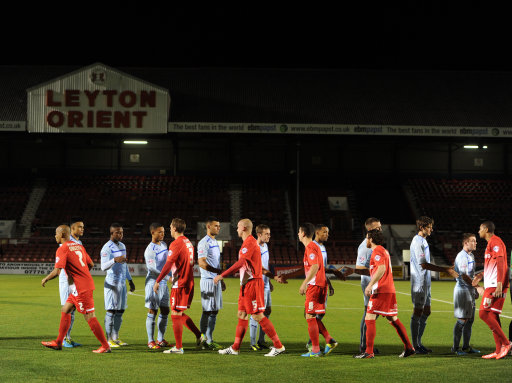 Noticing a direct correlation between the team’s recent slump in form and the release date of FIFA 14, Leyton Orient have banned their players from playing the game on match-days in a bid to improve their focus.

Orient maintained an impressive 100% winning record in League One for their opening eight fixtures, but have only managed a couple of paltry 1-1 draws since FIFA’s release, and club staff have acted quickly to nix the problem – which apparently stems from the club choosing to install a Playstation 3 on their new team bus.

“The coach boasts a fold-out massage table, a coffee machine and Sky TV, but the most exciting thing for the players was a PlayStation 3.

“For the majority of the trip the lads, led by Lloyd James, got stuck into the new FIFA 14 game and at times even played as themselves against Oldham in preparation for the match the following day.

“The staff were quick to implement a “no FIFA on a matchday” rule, however. The gaffer suspects several hours playing football on a video game is not conducive to a good performance in the real thing.”