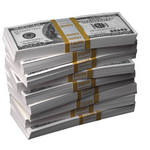 The only way is down for Lee (our new betting wizard: ex-Observer Sport Monthly and Racing Post tipster) after his astonishing 150-1 debut, but here goes anyway:

7-1 LIVERPOOL TO BEAT ARSENAL 1-0
Arsenal have won their last four against Liverpool but, stats fans, have lost their last two Premiership visits to Anfield (both by one goal, including a 1-0 last time). Both sides have lost their attacking edge in recent weeks but, at the prices, Liverpool look a value bet to win by a single goal.

10-11 SPURS v READING: OVER 2.5 GOALS
Tottenham donâ€™t do low-scoring matches (this bet has won in their previous 14 matches) and Reading flood forward, too. Spurs should win but you get a better price about there being three goals in the match, which looks safe enough, and also means it doesnâ€™t matter if Reading get involved.
13-10 FULHAM TO BEAT PORTSMOUTH
Neither side is particularly trustworthy but Fulham are reasonably consistent at home (only defeat in last eight league matches at Craven Cottage was to Man Utd) and Pompeyâ€™s goals have dried up (drawn blanks in four of their last five).

11-2 OBAFEMI MARTINS TO SCORE FIRST FOR NEWCASTLE AGAINST MAN CITY
Just about the only decent goalscorer on the field (though Emile Mpenza could turn into a decent signing for City), Martins has bagged six in his last eight matches and is the focal point of Newcastleâ€™s attack. Playing at home, he is overpriced with Coral.
DERBY (21-10) AND SUNDERLAND (6-4) DOUBLE
Derbyâ€™s form has dipped lately but they were too good for Cardiff last time and are a good price given the way that Barnsley were rolled over by Coventry. Sunderland, who are unbeaten in 12 and are good on their travels, can complete the double, which pays just under 8-1.

If you’re interested in more football betting tips in general then take a look at Footy Accumulators. You’ll find daily tips on all of the biggest football tournaments and leagues on their dedicated tips pages as well as a host of sign up offers to get you started.