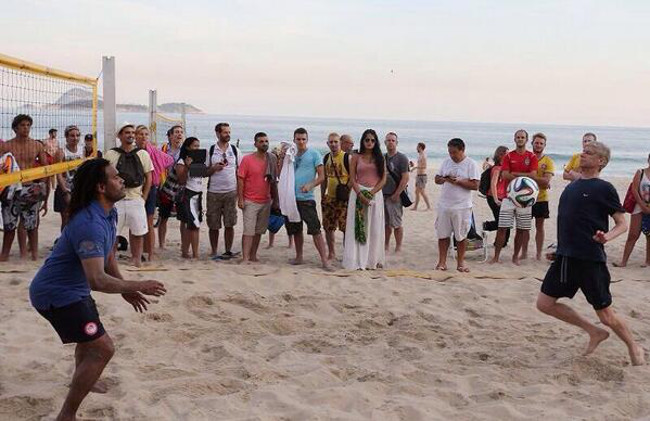 Arsenal manager Arsene Wenger seems to be enjoying himself in Brazil in between commentating for French TV. The 64-year-old even went down to the beach in Rio to play a bit of football with none other than 1998 World Cup winner Christian Karembeu. Looks like Arsene still has dem skillz.

Although Gunners’ fans will no doubt be wondering why in the name of God Arsene isn’t signing players rather than fecking about on the beach!