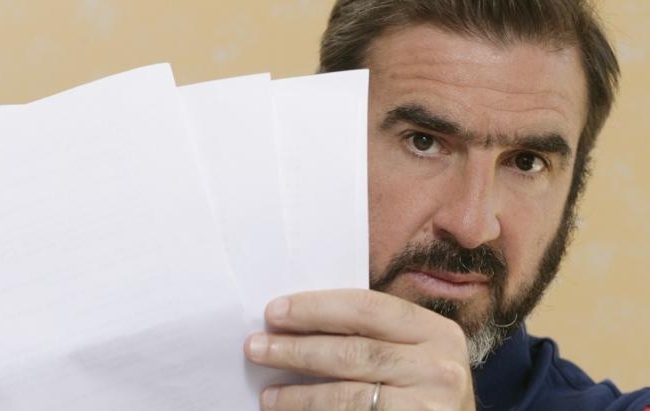 Eric Cantona has revealed that he does harbour one major regret about the infamous incident at Selhurst Park in 1995 wherein he almost kicked a Crystal Palace fan’s tête clean off his épaules.

Looking back, he wishes he’d actually knocked the little gobshite’s block off.

Answering letters from fans during a breezy Q&A session with FourFourTwo, Cantona was asked exactly what was going through his head when he launched himself over the advertising hoardings and what he’d have done next if he’d landed on his feet rather than his derrière.

After a long pause, the ex-Manchester United forward replied:

I did land on my feet, not where you say. That’s why I went to punch him again, but I didn’t punch him strong enough.

I should have punched him harder.

Not particularly big on contrition, is our Eric. Who knew?

The full FFT question-answer session is here should you fancy a peruse. As you might expect, Cantona delivers more than a few gems on (but not limited to) The Smiths, English beer, Guy Roux and who would come out on top in a duel between a camel and a grasshopper.