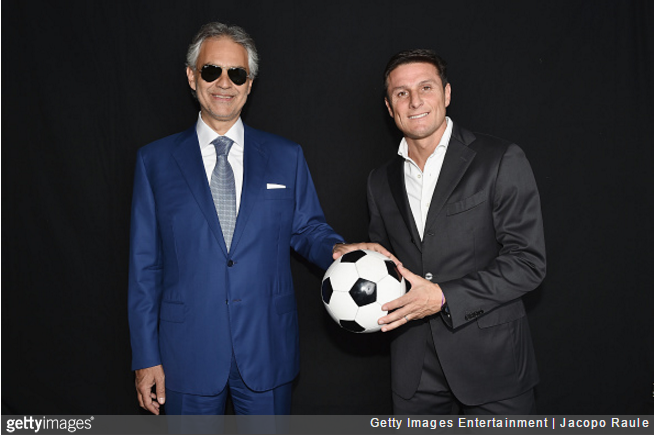 Leicester City have confirmed that Andrea Bocelli will sing for the King Power crowd before this weekend’s game against Everton.

According to the club’s official website, the world-renowned Italian tenor will entertain the crowd with performances of two of his operatic staples, ‘Nessun Dorma’ and ‘Con te Patiro’ (Time To Say Goodbye).

It was also revealed that Bocelli has agreed to appear after promising Claudio Ranieri that he would during a conversation the pair had six weeks ago.

Andrea Bocelli to fulfil promise made to Claudio Ranieri, by performing at King Power Stadium ahead of #LeiEve! pic.twitter.com/lEYjX6o3ra

Bocelli, eh? Classy stuff. Sure beats the usual tripe football clubs deem fit to pipe over their PAs before kick-off.

Sadly, it’s yet to be confirmed whether or not Javier Zanetti will be accompanying him.