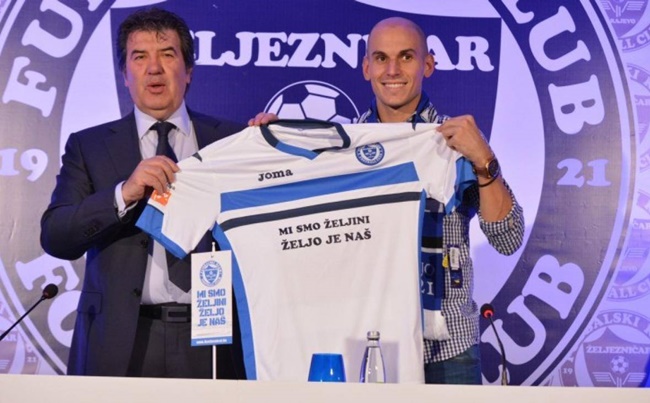 Apparently it was considered quite a coup when, roughly one month ago, Bosnian side FK Zeljeznicar Sarajevo successfully procured Spanish midfielder Javier Hervas, formerly of Sevilla, Cordoba and Brisbane Roar.

However, the whole thing didn’t take long to go south when, without making a single appearance for Zeljeznicar, Hervas moved back home to Spain to sign for second-tier side CD Mirandes.

According to World Soccer, the reason for the swift turnaround was a strange one. A couple of days after arriving in Sarajevo, Hervas and his good lady wife were out walking their dog when they were set upon by a pack of stray hounds in the middle of the street.

Mrs Hervas was reportedly so shaken by the incident that she demanded they all leave the country immediately and return back from whence they came.

Shortly thereafter, Hervas terminated his contract with Zeljeznicar last week after coming to a mutual agreement with the club, who announced that the 28-year-old would be leaving “at the request of the player”

The club then announced the news via a short statement on their official website.

Hervas has not adapted to the capital of Bosnia-Herzegovina and, at the insistence of his family, especially his wife, wants to return to his country.

This development will not weaken the team as the coaching staff has plenty of alternatives in midfield and is already looking forward to the derby match against FK Sarajevo.

We wish the player all the best in his future career and hope that he resolves any family problems he may have experienced.

Unsurprisingly, Zeljeznicar received a fair amount of compensation from Hervas for the palaver he caused, but the full amount remains undisclosed.