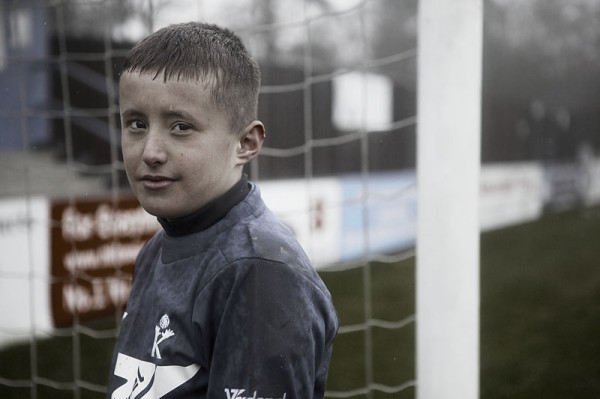 Today’s hero is Tom, who is the Under-8’s keeper for Elsenham Youth FC in Essex. Tom is a fantastic keeper, who has so far only let six goals past him since the start of this season. Good work young fella! All the other managers in the league rate him as the best in the league. Not surprisingly he trains very hard – three times a week, sometimes four times – at Bishop’s Stortford FC. Who knows, one day he might get to play for a Premier League team? Tom loves playing outfield too but is smart enough to understand that the team is bigger than the individual.

Here’s to you Tom – you are today’s Unsung Hero

You can find out more about the keepers on E.ON’s Great Saves campaign, fronted by David James, by clicking here – there’s lots of really cool stuff including competitions where you can win tickets for the FA Cup final.

Check back for another E.ON Unsung Hero later in the week…