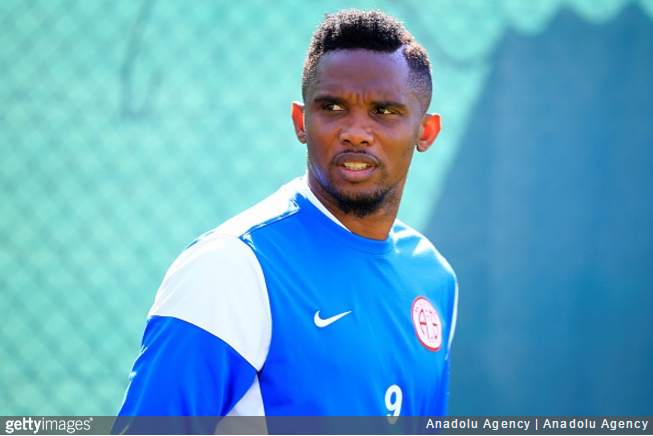 Having struggled to win over the fans at Antalyaspor since his arrival last year, Samuel Eto’o has decided to front up and put his money where his mouth is.

Indeed, the 35-year-old striker has made a considerable wager with a disgruntled fan that the team will finish in the Top 10 of the Turkish Super Lig this season.

For the record, Antalyaspor are currently bottom of the table with seven games played and are yet to register a win.

In the immediate aftermath of a 1-1 draw with fellow straggles Rizespor on Monday night, Eto’o became embroiled in a heated discussion with a fan – identified by local press as Mehmet Akdeniz.

During the altercation, Akdeniz reportedly asked Eto’o: “We have Besiktas next, what will the state of the team be and when will we win?”

It was at that point, answering via his interpreter, that the Cameroonian veteran lodged his bet.

We will finish in the top 10 of the Super Lig. I stand by what I said and my promise.

According to Turkish broadcasters BMF, Eto’o also took Akdeniz’s contact details, so it would appear that he’s deadly serious about this.