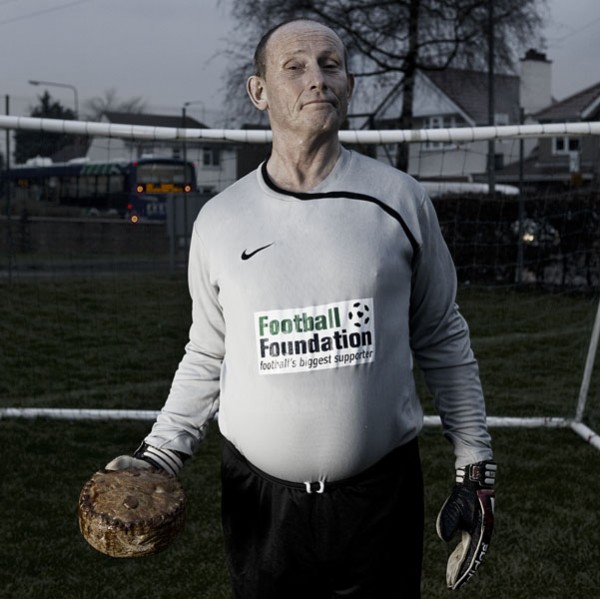 Today’s hero is a man with two passions in life – football and pork pies. Cedric plies his trade for Swindon Leopards – a team for adults with learning disabilities in the South West Ability Counts League – and is affectionately known as ‘Pork Pie’ to his team mates. Coined because of an obsession with the humble pork pie, Cedric brings his ‘secret weapon’ to every match without fail – and the bigger the better. On his ‘Life Between the Sticks’ portrait, Cedric said: “I live, breathe and sleep goalkeeping, so this whole experience has been really exciting. I can’t wait to see me and my pork pie alongside the other goalkeepers, not to mention the England legends – what an honour.”

You can find more unsung heroes on E.ON’s Great Saves site by clicking here. There’s lots of really cool stuff including competitions and information about the Life between the Sticks exhibition at the Getty Images Gallery in London.