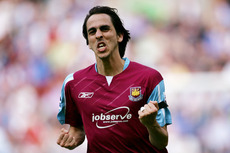 Liverpool have confirmed their interest in West Ham’s Yossi Benayoun. The Israeli playmaker has stalled on signing a new five-year deal at Upton Park, which may surprise some Irons who recall that Benayoun verbally agreed that he would remain with the club less than a month ago.
Some reports suggest that Liverpool cheekily offered a mere Â£1m for Benayoun, but I can’t imagine West Ham would let him go for that – not that they have much choice if the player is hell-bent on leaving. I’d value Yossi at around Â£3.5m – he is an international captain after all, and a genuinely talented playmaker at that. I fear he’d just be a squad player at Liverpool though.