Roma attacker Stephan El Shaarawy has found himself on the end of some rather strange online trolling from Feyenoord fans.

The Italian international has been left rather bemused by the plethora of messages he has received ‘welcoming’ him to Feyenoord, even though he has no plans to join the Dutch club. 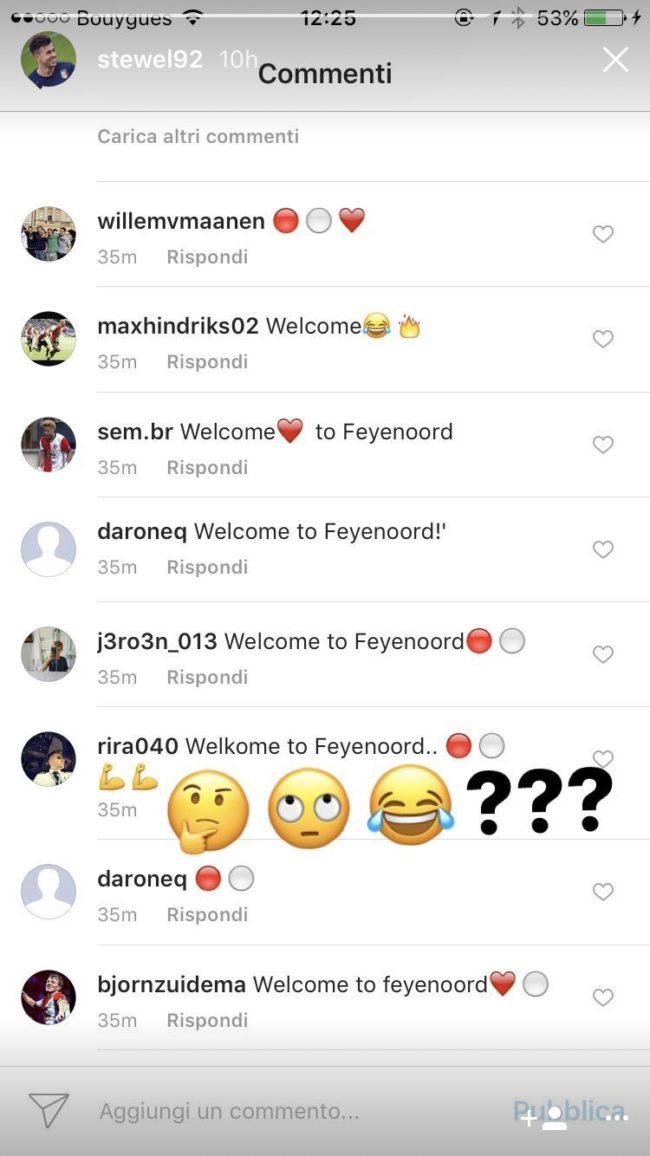 Apparently, the odd behaviour relates to Roma’s imminent move for Feyenoord full-back Rick Karsdorp, which led to fans of the Giallorossi themselves bombarding the defender with pleas to sign on the dotted line.

What an extravagant and thoroughly amusing act of revenge from the Feyenoord faithful!