The company behind those incredible wobbly VAR lines broadcast during Manchester United’s clash with Huddersfield on Saturday have claimed that the offending graphic was not used to disallow Juan Mata’s goal.

Hawkeye have said that  a “technical error” had led to the dodgy graphic being provided for the TV broadcasters. 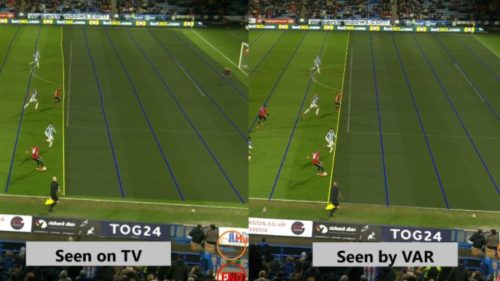 Both the dismal wonky line graphic and the questionable decision to disallow Mata’s goal have give critics of VAR even more ammunition.

The system is being trialled in both the FA Cup and Carabao Cup this season, with a decision yet to be made on whether it will utilised in the long term.

To be fair, it is a new system and teething problems were expected. However, jury very much remains out on whether it is a help or a hindrance to the game.