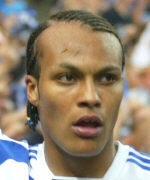 Spurs have won the race to sign France U21 captain Younes Kaboul from Auxerre. Kaboul, a 21-year-old central defender, was also linked to Roma and Inter Milan. The fee is reported to be in the region of Â£8m. Spurs definitely need to strengthen their defence of they are to challenge the big four, and this signing is a good start. ‘If you ask people in France who is seen as the hottest prospect in defence they will say Younes Kaboul,’ Spurs boss Martin Jol told the club website. 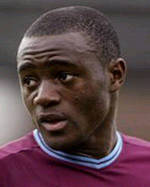 Elsewhere, Aston Villa finally agreed a fee with West Ham for Nigel Reo-Coker. The Hammers’ captain will cost Villa Â£8.5m. He is Martin O’Neill’s first signing of the summer and I think it’s a good move for both parties. Reo-Coker had a mediocre season with West Ham but he did impress me in the Uefa U-21 Euro Championship and I think O’Neill will get the best out of him. Eight-and-a-half million is quite a lot to lay out for him, but he’s still only 23. When he puts his mind to it, he’s the best young English central midfielder. 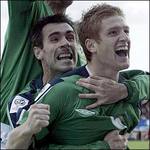 Villa helped fund the Reo-Coker deal by selling midfielder Steven Davis to Fulham for Â£4m, in a four-year deal. Davis, who captained Northern Ireland under Fulham boss Lawrie Sanchez, is a talented, hard-working player and still only 22 – Fulham fans must be delighted with the signing.