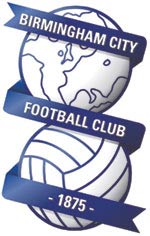 Hotly tipped to struggle this year, Birmingham are in the same boat that all newly promoted team find themselves in. Still, that won’t dampen the spirits of Brum fans. So, let’s have a peak on the terrace and see what a Birmingham blog has to say for itself concerning the new season.
Introduce yourself…
My name if Aff, I support Birmingham City and I run www.joysandsorrows.co.uk
Looking forward to the new Premier League season?
With the amount of signings we’ve made, we’re all reasonably confident. The defence still needs a bit of work but providing Steve Bruce can sort that out, we could comfortably finish mid-table. The last time we were in the Premiership, we were light up front, had no plan ‘B’ and also had a nightmare start to the campaign with just one win coming from our first 12 games, and even that was away. Our form at home was dreadful. With so many players coming in, it’s about seeing how well they bed in. Signs in pre-season have been good and the squad definitely have a togetherness. I’ll go for a decent start and a 14th placed finish.

What do you think of your transfer activity this summer?
Steve Bruce’s mantra seems to be ‘young and hungry’ since we were relegated. Last season he assembled a squad that weren’t exactly proven but who worked for each other and have a burning desire to succeed and prove something. He’s carried on that sort of thing throughout the
summer and exciting arrivals such as Kapo, De Ridder and even O’Connor and Ghaly – as well as a rapidly recovering Mikael Forssell – have provided much needed enthusiasm after a disappointing end to last term with missing out on the Championship title.
We still desperately need a left back and a centre half. I assume both of these positions will be filled and just today we’ve been linked with Franck Queudrue of Fulham. I’d take him as well as possibly Johan Djourou on loan from Arsenal or Liam Ridgewell on a permanent deal from the Villa.
Who do you think will make the biggest mark in the squad?
We’re all hoping for Kapo to be something special but he’ll take time to settle in to the English style, I think. Mikael Forssell has been banging them in pre-season and the reports of the ‘old’ Mikael Forssell have been coming thick and fast and so we’re all really hoping for a 15+ haul from him this term. The new signings are all pretty exciting and considering the alleged budget of Â£10-12m at the beginning of the summer, I think Steve Bruce has done very, very well.
I’m not sure how anyone feels about Mido not coming. Talent-wise, he’s definitely capable. And I must confess that I quite like a maverick, roguish element to the squad. But for Â£6m, it was a big gamble. The general consensus is that we’ve dodged a bullet by missing out on him. With Mikael Forssell coming back to prominence and one or two other options up there, he’s probably not required and I’d rather us save the Â£6m for if we’re struggling in January.
Who owes you a decent season?

Steve Bruce! He’s come in for a lot of stick over the past couple of seasons and how he’s still the manager of Birmingham City is beyond me – and most other Bluenoses. But last year, despite much in-house fighting, he got the job done and deserves a second crack at the Premiership. The squad he’s assembling is packed with options and different types of player so in theory, he should be able to be proactive and not reactive when it comes to situations in games. Time will tell. Season ticket holders are just hoping that they won’t need to spend 90% of their time looking skywards this term.
As for players, the Forss again would probably be quite high. Since he signed a permanent deal from Chelsea three years ago, he’s yet to really hit the goal trail. We know he’s capable but injuries have taken their toll. If he doesn’t do it this season, I think he’ll, unfortunately, end up on the footballing scrapheap.
Which youngster should we all watch out for next season?
Daniel De Ridder. An exciting Dutch U21 winger who signed on a free transfer from Celta Vigo. He looks like he has the skills to pay the bills… as they say.
Who do you think will finish in the top 4?
Manchester United, Chelsea, Liverpool, Arsenal. Big snore.

Who is going down?
Derby County, Wigan Athletic and one surprise. Hopefully Aston Villa but more likely to be Sunderland. Wigan are a funny one. They seemed to have signed lots of confidence players and if they hit the ground running, they could’ve amassed 75% of the total they need to stay up before Christmas. A bad start and they could be sunk before November. Yeah, I’ll go with Derby, Wigan and Sunderland.
Finally, make a random prediction about next season.
Billy Davies will be hauled up in front of the FA for being a tit on at least three occasions. He won’t get on with Jose Mourinho, Alex Ferguson or Rafa Benitez.