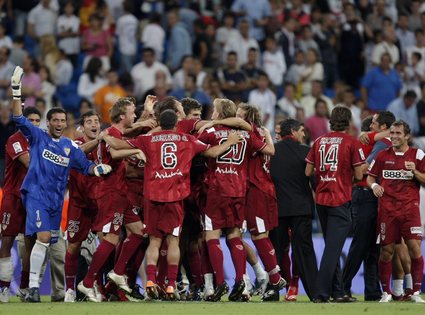 Buenos dias! The big news in Spanish football is Sevilla’s victory over Real Madrid in the Spanish Super Cup last night. The Andalucian outfit beat Real 5-3 on the night and 6-3 on aggregate to lift the trophy. A Fredi Kanoute hat-trick and a brace from Renato secured victory for Sevilla.

Sevilla went in 3-2 up at half-time. Real boss Bernd Schuster sent out a more attacking team for the second half and Sergio Ramos levelled the scores up. The good work was undone when Kanoute bagged two goals in the last 10 minutes. The optimists among the Real fans are more likely to remember Royston Drenthe’s first goal for the club.

Elsewhere, despite Deco’s best attempts to run away from the Nou Camp, Juliano Belletti is sure he can make it worth his while to stay. 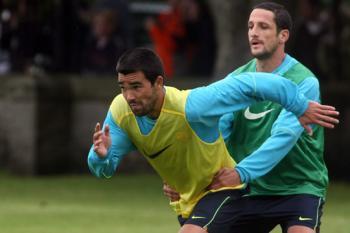