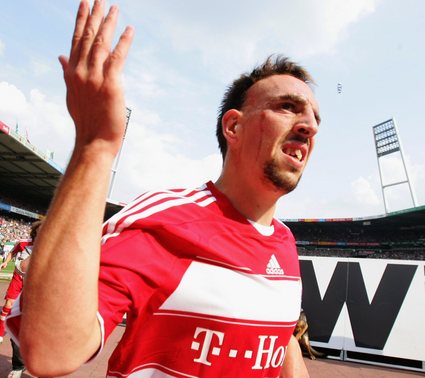 New look Bayern Munich continued to look unplayable as they demolished Werder Bremen 0-4 at the weekend. Franck Ribery was at the heart of the thrashing. He opened the scoring and set up Hamit Altintop for the third with an outrageous piece of showboating. A video of the 79th minute goal is after the jump. Watch in amazement and wonder how he made it through the last ten minutes without someone decking him!

Bundesliga’s current Mr Popular is Hamburg’s Rafael van der Vaart. The Dutchman has been letting every man and his German Shepherd know that he would love nothing better than a move to Spain. The reason – in Kieron Dyer-meets-Age Concern style – is that he would like to be closer to his Iberian-based grandparents. Pull the other one, Rafa! Cue a mini-soap opera involving Rafa pleading to go, Hamburg wanting more money than Valencia (his preferred destination) are willing to offer and the moaning Dutchman faking injury ahead of a Uefa Cup match to avoid being cup-tied.
Having still not engineered his Saga dream move, van der Vaart decided the way forward was to invite Spanish journalists to his house in Hamburg to photograph him with a Valencia shirt. Although this would have been a fitting conclusion, Pies suspects this will not be the end of the crazy situation one German newspaper has dubbed Van der Farce. 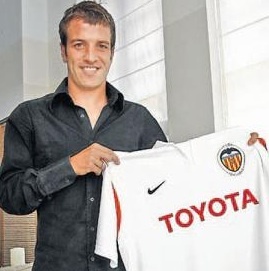