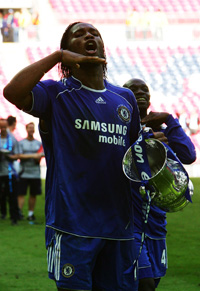 Meddling Michel Platiniâ€™s idea to restore some respect to the FA Cup is to award the winners the fourth and final place in the Champions League.
Of course, top four managers like Sir Alex Ferguson think that the idea is â€˜ridiculousâ€™. The Man United manager even went as far as taking a swipe at last seasonâ€™s winners, Chelsea, claiming they didnâ€™t have to play anyone until the final â€“ where they met Man Yoo of course.
It could put pressure on the bigger clubs to take the competition more seriously while offering an incentive to smaller clubs. But, as all of the winners in the last 12 years came from the so-called top four, will it really make any difference?
Click through to vote