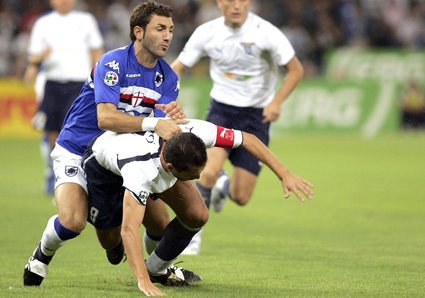 The biggest story in Serie A this week was not Gennaro Delvecchio, of Sampdoria, doing whatever he is doing to Lazio’s Luciano Zauri, for some reason. No, the big news is that Juventus are top of the table. Juve beat Cagliari 2-3 to pip Roma to top-spot after two games.

Gazzetta doesn’t set out to have a weekly Adrian Mutu drugs gag, but this one was staring us in the face, literally. The similarities are a little worrying.