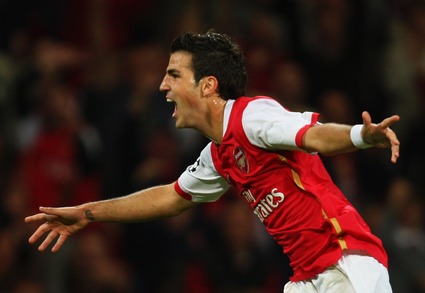 Congratulations to US-based Liverpool fan ecko9er, whose Maui Reds team sits proudly atop the Pies SquadGod fantasy league after Matchday 5. Maui Reds can thank a captain’s performance by Cesc Fabregas for its fine showing, with decent contributions by a couple of Merseysde defenders – Leighton Baines and Alvaro Arbeloa.
Fabregas has been the most valuable player in the fantasy league so far, with a whopping 130 points to his name. Nicolas Anelka of Bolton is his nearest MVP rival, back on 106 points. To check out the current league table, click below (and click to enlarge it)â€¦
Photo Getty Images

Here’s how it looks at the top of the table. I’m currently in 35th place (out of 147), which is a damn sight better than I was, thanks also to the Joy of Cesc. 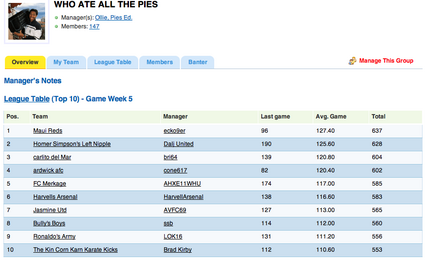