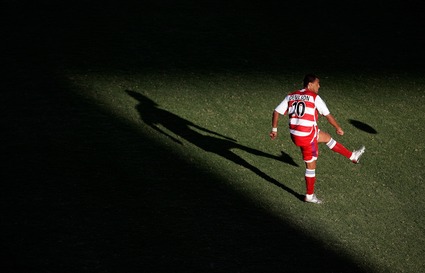 Denilson of FC Dallas (yes, that Denilson, who was once the most expensive player in the world) casts a shadow during Dallas’s MLS tie with LA Galaxy at the Home Depot Center on September 23, 2007. The Galaxy, minus you-know-who, defeated the Texas outfit 2-1.
Photo Jeff Gross/Getty Images