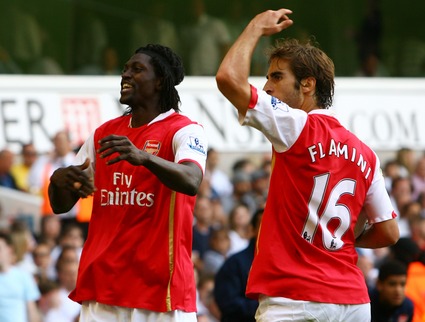 Not easy to come up with this shortlist, but it’s all so subjective – in other words, if I’ve missed off a player you think should be on the list, add a furious comment. Anyway, I thought it would be interesting to poll you lovely people to see who you thought was the most-improved player in the Prem, based on what you’ve seen so far this season – I know it’s early days, but still, we all love a good debate, no?
The list is quite Arsenal heavy, but that’s purely because I think their squad contains the most number of players who have upped their game since last season.
Photo Getty Images