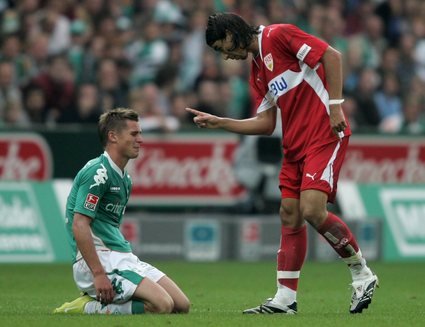 The eye-catching results from the Bundersliga this week were Bayern Munich’s 1-4 win over Karlsruhe and Werder Bremen’s 4-1 victory against Stuttgart. Bayern are two points clear of Hertha Berlin at the top-of-the-table. Bremen are struggling in eighth but will be hoping they have now played themselves into some form.

Some decent efforts in the Bundersliga this week, including this strike from Borussia Dortmund’s Mladen Petric.

We have heard of edge-of-your-seat football, but Cottbus coach Petrik Sander seems to be taking things a bit too literally. Perhaps he had he was about to be sacked (which he was after defeat to Wolfsburg. 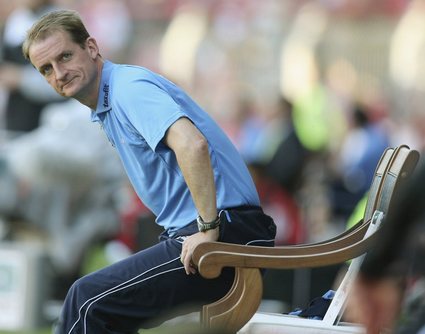