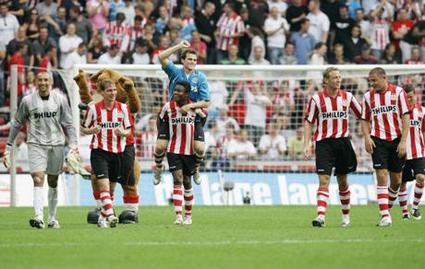 After the latest round of Eredivisie matches, Holland’s big three are neck-and-neck at the top of the table. Ajax and PSV are level on 13 points, while Feyenoord are a point behind in third place. It was Feyenoord’s thumping 4-0 defeat against PSV that has pushed them down the table. A brace from Kenneth Perez and goals from Edison Perez and Danny Koevermans gave PSV an easy win.

Luis Suarez bagged two in Ajax’s 2-3 victory over AZ Alkmaar. No surprises there – the Uruguayan is in magnificent form. Expect the bigger leagues to be sniffing around soon. This was his second goal of the game:

Amid the media frenzy over Marco van Basten’s trip to watch Chelsea at Manchester United, the Dutch FA have moved to play the situation down. Despite his refusal to sign a new contract with the national side and Avram Grant’s unconvincing start, the Dutch FA claim van Basten was on official business and had eyes for only one man at Old Trafford: Edwin van der Sar. 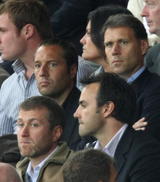