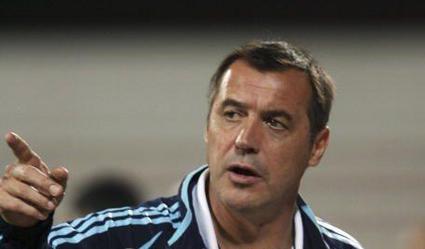 Marseille have sacked their manager Albert Emon (pictured). OM’s poor start to the season sees them sitting just one-point off the relegation zone. The club has moved quickly to install former Galatasaray coach and Belgian international Eric Gerets as the new coach.
Meanwhile, Bordeaux – with Laurent Blanc at the helm – are up to second after a 0-2 win at Paris St Germain. As if to complete a Manchester United link, former Old Trafford favourite David Bellion (snigger) was on target in the victory. Bordeaux are now just a point behind leaders Nancy.

Here is Lens’s Olivier Monterrubio making a spectacular scissor kick look lika a piece of cake in the match against Toulousse.