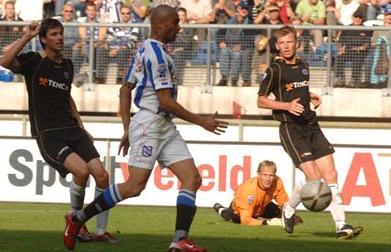 There is no doubting the big news in the Eredivisie this week. As reported by Pies earlier this week (because sometimes you just can’t keep these things a secret until a Wednesday!), Heerenveen thrashed Heracles 9-0 with Brazilian striker Alfonso Alves weighing in with no fewer than SEVEN of the goals.
Elsewhere, Ajax slipped off the top of the table after sharing the points with Sparta in a 2-2 draw. Feyenoord and PSV Eindhoven both won, with the Rotterdam side going top and PSV drawing level on points with Ajax in third place.

Ajax may have dropped points against Sparta, but check out Klaas-Jan Huntelaar’s volleyed goal in the match.

Former Ajax manager Henk Ten Cate is getting a lot of verbal from Dutch fans at the moment after his controversial switch to Chelsea. Ten Cate ditched the Amsterdam giants to join Avram Grant’s backroom staff. The solution to his problems can be found in the Ajax club shop: 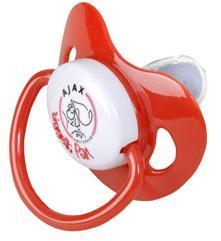