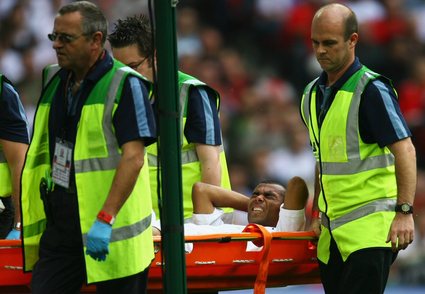 With Ashley Cole ruled out of England’s match against Russia with a dodgy ankle, Steve McClaren has a selection headache. Given that you sorted out his midfield problem so effectively, we thought we would put this to the Pies public as well.
Phil Neville is by far the most experienced candidate, but he does have the disadvantage of being Phil Neville. Gareth Barry could definitely do the job, but that would mean taking him out of the midfield. Joleon Lescott has been playing their for Everton, but he is really a centre-back and is inexperienced at international level. Nicky Shorey is an out-and-out left-back (no comments about Cole being an in-the-closet left-back, please), but has not hit his form of last season yet. And Sir Stephen McClaren has also called up Middlesbrough’s Luke Young. Well, desperate times call for desperate measures.
So, who should be England’s replacement full-back and who should be left-back in the dressing room (ho, ho, ho)?