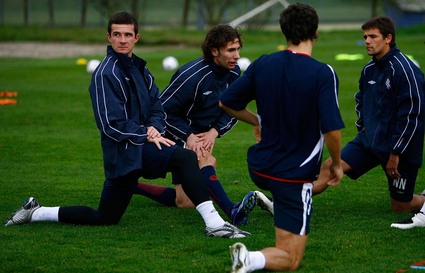 Rangers vs Barcelona, Tues 23 October (ko 7.45 BST)
Despite having a substantial number of key players â€“ Deco, Samuel Eto’o, Yaya Toure, Gianluca Zambrotta, Edmilson and Rafael Marquez, to name six â€“ out injured, Barca will still take a strong squad, featuring Lionel Messi, Ronaldinho and Thierry Henry, to Ibrox to face one of the Champions League’s form teams.
Rangers are unbeaten in their last eight Champions League matches, and I can see them doing enough in front of a partisan Ibrox crowd to get something out of this game. I predict that both teams will move on to the next Matchday with their unbeaten records intact.
Prediction Rangers 1-1 Barcelona