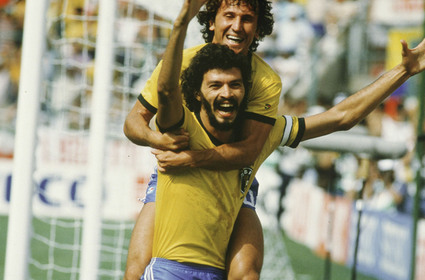 June 1986 They don’t make players as cool as Socrates and Zico any more. Socrates â€“ is there a cooler name in football history? No, there isn’t â€“ apart from Zico, perhaps. Anyhow, here they are at the 1986 World Cup in Mexico, celebrating Socrates’s winning goal against Spain in Group D. Either that or they’re celebrating being so damn cool.
Photo Getty Images