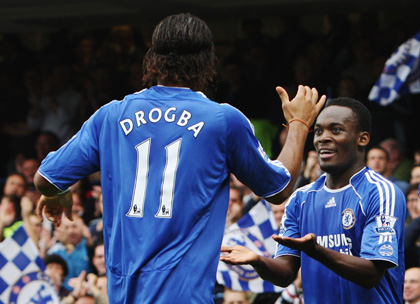 Pele wasnâ€™t quite right when he said that an African nation would win the World Cup by the turn of the century. But, with the players emerging from the continent and the next tournament in South Africa, surely it’s only a matter of time?
Weâ€™ve been asking you to vote for the best players representing various countries in the Premier League with your results naming Elano (Brazil), Tim Cahill (Australia) and Cesc Fabregas (Spain) and your foreign All Stars so far.
None of those names caused too much surprise. But, if we take the African nations as a whole, it gets decidedly more difficult to pick a winner as our 14 player shortlist shows.
Click through to vote for the best African player in the Premier League â€“ itâ€™s going to be close

Are there any absent African players that you think should have made the shortlist?