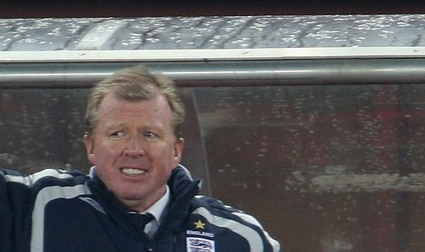 While you might be of the opinion that it would be taking the piss if England failed to qualify for Euro 2008, head coach Steve McClaren was doing just that when they were given one last chance to qualify. The England boss missed the exciting conclusion to Israel’s victory over Russia because he had nipped to the loo.
He said: “Unbelievable. I had slipped to the bathroom but heard a big scream from my two boys and gathered from that, unbelievably, that Israel had got the winner, it didnâ€™t seem like that when the game was poised at 1-1. But thatâ€™s football, we are grateful.” I reckon if my job was hanging on the outcome of a particular match, my bladder could wait until full-time!