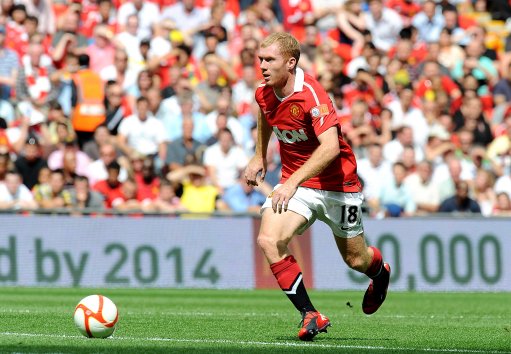 Manchester United veteran Paul Scholes has only just undergone his obligatory seasonal reappraisal i.e. the week that follows a particularly adept display when his fellow pros line up to wax lyrical about his ‘vision’ etc.

However, the 35-year-old midfielder has revealed that he came perilously close to retiring last season after a slump in his form saw him struggle to hold down a berth in United’s first string.

“I haven’t made any decisions yet [about retiring at the end of this season] but last Christmas, as far as I was concerned, I wasn’t going to be playing on in 2010/11 as I wasn’t playing well.

Luckily things improved towards the end of the season. You need to be playing well to get into the team. I always set myself high standards as I want to feel that I am contributing to the team. If I’m not doing that then there is no point being here.”

Just for the sheer hell of it…

It never gets old.