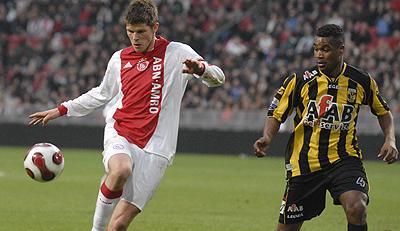 The Eredivisie’s top two teams both picked up 4-1 victories this week to maintain their positions at the top of the league. Ajax won at home to Vitesse thanks to goals from Luis Suarez, Gabri, Albert Luque and Klaas-Jan Huntelaar’s twelfth strike in as many games. PSV won by the same margin away at Excelsior with Otman Bakkal, Danny Koevermans, Danko Lazovic and Kenneth Perez on the scoresheet.
Click continue to find out why Louis Van Gaal’s driver can park as close to AZ Alkmaar’s stadium as he wants.

All the highlights from this week’s Eredivisie action:

AZ Alkmaar’s brutal attempts to stop Louis Van Gaal walking away to take the England job? Apparently not. An ill-fated show of pole-vaulting bravado is the reason Van Gaal is currently the Eredivisie’s answer to Ironside. 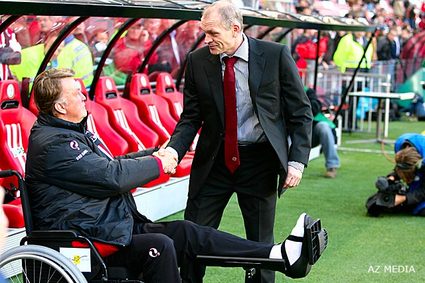