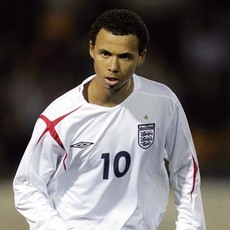 Neil Warnock wants to build his Palace team around a 15-year-old midfielder. The prodigy’s name is John Bostock. You may have heard of him â€“ the hype wagon is already rolling. Bostock, who hails from Camberwell, made his Palace debut last month against Cardiff, aged 15 years and 289 days. He has already captained England at U-17 level and is a decent bet to be a future England captain at senior level.
Every big club in England (and Europe) knows about Bostock and wants a piece of him. Barcelona have also enquired about him â€“ how refreshing that a big European club should take interest in a gifted English youngster, rather than the other way around. Portsmouth boss Harry Redknapp said it’s ‘frightening how good the lad can become’. Simply put, Bostock is the most talented English teenager to emerge since Wayne Rooney. He is worth at least Â£2m already.

What makes him so good? Well, I haven’t seen him play, so I’ll have go on what I’ve read about him for now. It seems he has all the attributes a modern central midfielder would need: excellent ball control, huge reserves of stamina, pace, physical strength, good passing range, strong in the tackle, cool-headed under pressure. Bostock is not the next Duncan Edwards, but he is a very bright ray of light, and given the cloudy skies above English football, that’s good enough for me.
Have you seen him play live? If you have, add a comment and let me know what you thought? Maybe you go to school with John in Blackfriars â€“ again, feel free to add a comment with your opinion on Johnâ€¦