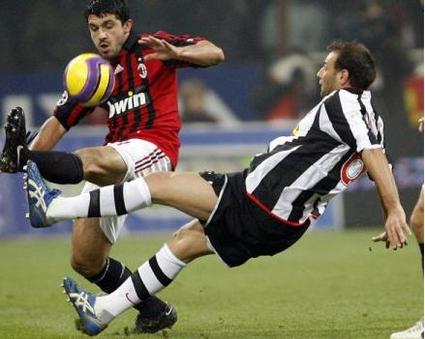 Inter Milan and Roma have made a break at the top of Serie A after winning games in hand last night. Top of the table Inter followed up victory at Fiorentina at the weekend with a 3-0 win over Lazio. And Roma but themselves five points clear of third-place Juventus with victory over Cagliari. In the weekend’s big match Juve drew 0-0 with AC Milan.

AC Milan keeper Dida tries to sort out a nasty incident involving Vincenzo Iaquinta, a football and a tube of SuperGlue. 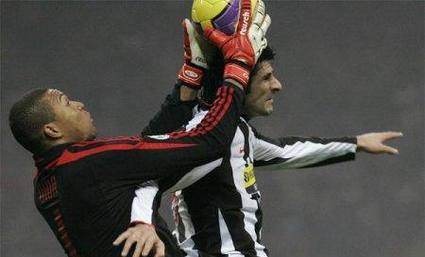