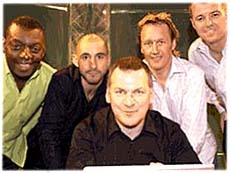 Alan Hansen is about the only decent football pundit the BBC has, and he’s been doing the job for more than a decade; Mark Lawrenson is a poor man’s Hansen, but he’s not as bad as the rest of them, who make up a sorry collection of the bland â€“Â Lee Dixon and Gavin Peacock, to name two charisma-free ex-players â€“Â and the incompetent.
Marcel Desailly and Leonardo can’t speak good enough English, simple as that, whilst Garth Crooks can’t even be bothered to learn how to pronounce players’ names properly â€“Â he referred several times to Pascal Chimponda (rather than the correct Chimbonda) on MotD2 last night. (I’m prepared to change my tune if Crooks is right and everyone else in the world is wrong.)
Alan Shearer? Most fans can predict exactly what he’s going to say before he opens his mouth â€“ i.e. nothing of any interest. Ian Wright is the opposite to Shearer â€“Â generally unpredictable and sometimes entertaining, although it’s a disgrace that he is allowed to be so biased in favour of his son, Shaun Wright-Phillips.
Which ex-players (or journalists for that matter) would you like to see replace the likes of Peacock, Dixon, Shearer and co.?