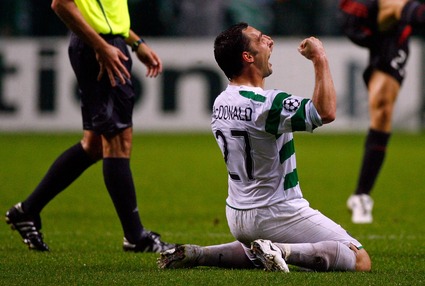 Pies presents the pick of the players from the Champions League group stage who have really caught our eye. That might be because they are world-class players performing at the top of their game or it might be because they made an impression against the odds.
Petr Cech
Chelsea (and Cech) conceded only two goals during the group stage – fewer than any other team.
Alex
It would be unfair not to have another representative from Chelsea’s miserly defence, and the Brazilian also weighed in with a goal against Rosenborg.
Carlos Puyol
Dependable as ever, the Barcelona skipper played in every group game. He marshalled a defence which conceded only three goals and, like Alex, popped up to grab a goal at the other end.

Ivan Helguera
An ever-present for Valencia who – despite finishing bottom of the group – conceded only six goals. Their problems were elsewhere on the field.
Nemanja Vidic
A defensive rock as ever for United as they escaped from the group stage having conceded only four goals (one of them in Vidic’s absence against Roma on Wednesday night).
Cristiano Ronaldo
Has been scintilating at times and is the competition’s joint-top scorer so far with five. His highlight was the last-gasp winner against Sporting Lisbon at Old Trafford.
Predrag DjordjeviÄ‡
Olympiakos’ Serbian skipper has been in superb form. His four assists have helped the Greek club out of their group ahead of Werder Bremen and Lazio.
Andrea Pirlo
A true class act. Pirlo has scored goals, set them up and generally been integral within Milan’s fearsome midfield.
Diego
The Werder Bremen man has really impressed despite playing in a team that has not been firing on all cylinders. The Brazilian was also the most fouled player in the group stage which says something for his speed and trickery.
Scott McDonald
The Australian striker’s last-minute winner against AC Milan put Celtic on course for qualification.
Ruud van Nistelrooy
Not only has the Real Madrid man bagged himself four Champions League goals, he has set another three up for his team-mates.
Who would be in your XI?